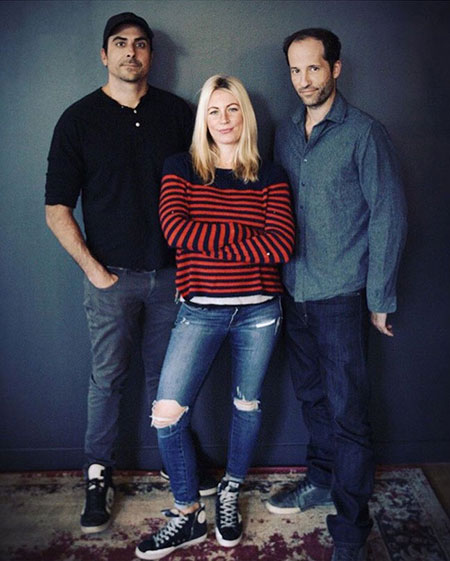 First things first… JEAN is pronounced like the pants that are made of denim, not like a French guy named Gene. JEAN is comprised of Eric Eckelman, Armand Prisco and Natalie Prisco. Nat and Armand got their start in advertising and eventually moved over to MTV where they met Eric. The three hit it off immediately and wrote and directed pretty much everything that was funny on MTV from 2007 to 2010. Then they flew away from MTV like the three headed bird they are and transitioned their comedic sensibilities to directing commercials, short films, writing promos for Conan and selling a television series they created to HBO.

JEAN is all about collaboration. Anytime a job comes in the three of them will look at it and touch it and work together to make it great. As projects get past the start up phase and into production mode, only two of them will remain engaged and show up on set. The third person will go eat a cobb salad in the corner by themself.

JEAN is known for their comedy chops, pulling believably odd performances out of their actors. Maybe that’s because they are a bunch of weirdos themselves, but more likely it’s because they understand comedy on a human level and know just how to strike the balance between quirk, edge and relatability. It’s those small human moments that makes JEAN’s brand of comedy so sharp and distinct.

Also, they’ve won stuff. Like awards and Clios and Lions and stuff.
In case you care.